Behold the power of social media (aka “Is that pot I smell?”)

Recently, Bonnie and I traveled to New York and Connecticut for some business meetings. We visited the High Line in Manhattan (very pretty) and met with a client at the Standard Biergarten (very cool). I’m telling you, a biergarten by the water in New York on an early Fall day can’t be beat. Next day, we ventured into Connecticut for some more meetings and afterwards, went to check in at our hotel, the Hampton Inn in Farmington, CT. The area in and around Farmington is very picturesque. In fact, most of what I could see from my car window was quite lovely and somewhat idyllic, so I imagined a very quiet, uneventful evening ahead of us. 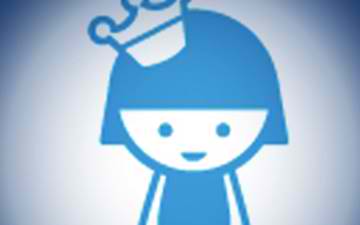 The check in went smoothly and the front desk representative was polite, pleasant and quite likable. Bonnie and I stepped into the elevator to go to our floor. The moment those doors opened, we were greeted with the heavy, unmistakable scent of marijuana. Bonnie and I looked at each other. “Do you smell that?” We just laughed and thought it quite funny that someone was apparently hitting a joint hard in quiet little Farmington, but hey – to each his own. We then went to our separate rooms. Being the social media nerds that we are, we of course checked in on Foursquare, which shares to Twitter and Facebook. I found and checked in to the Foursquare profile for our hotel and added the note “Someone’s smoking ganja in the room next door. Really. Skunk.” Bonnie checked in on Facebook with “Someone’s getting all 420 up in this joint.” We then set about working and getting ready for our meeting the next day.

Not even 10 minutes later (I’m not exaggerating, it was very fast), we had a knock on our door. It was the pleasant front desk representative. “Are you the person who said something about ganja on Twitter?” To say I was stunned would be an understatement. “Um, yeah that was me.” He proceeded to inform me that Hilton Worldwide (parent company of Hampton Inn) had seen the Foursquare comment and was working to find those responsible for the marijuana smell, and that everything would be taken care of.

Two things went through my mind. First: Wow, I’ve just narced on someone and completely killed their buzz. Second: Wow, that’s impressively fast customer service and it was all done via social media! This is how social media can be a powerful tool. Neither of us was upset or offended that someone was smoking marijuana. In fact, we thought it comical. Our comments were just meant to be silly. But Hampton and Hilton weren’t amused and they took action. Not only did they reach out to me via Twitter to alert me that they would take care of things, the Guest Assistance and Social Media Specialist for Hilton Worldwide personally emailed Bonnie to let her know they were on top of things. Now THAT is customer service. We got a good laugh out of it and being the marketers we are, both said, “Oh that is definitely going on the blog,” and went about our business.

The next day, as Bonnie was getting ready, she decided to make some coffee using the in-room coffee maker. When she opened the lid to add the coffee, she was greeted with a moldy coffee pack that was who-knows-how-old. In the email from the Hilton rep, he had stated we should contact him if we needed anything further. So Bonnie sent him an email with a picture of the moldy coffee pot. He immediately apologized and stated that the Hampton Inn would be contacting her shortly to address the situation. Nobody contacted Bonnie. The Hilton rep followed up a few days later to see how things were resolved. Bonnie informed him she was never contacted. He apologized again and assured her that someone would get in touch. No such luck.

So what’s my point? Are we trying to get anything out of it? Heck no. We’re pretty easy going about these sorts of things and understand that old coffee happens. But we also understand how something as simple as moldy coffee pots can be a big deal to some and we wanted to bring it to the hotel’s attention so they could address it. (And Bonnie can be rather cranky if she doesn’t get her morning coffee, too.)

The final lesson to be learned from this story is that consistency is key. If you’re going to address one pot situation quickly, you need to be able to address all pot situations quickly. Yes, Hilton/Hampton was super quick about jumping to action when they saw our Foursquare comment that was sent out to the public at large. But when we sent a private email not much got done. Customer service should be consistent, regardless of whether the issue is broadcast in a public forum or in private communications. We give credit to Hilton Worldwide for being responsive, though there is room for improvement on the company’s follow-through. All told, this story just goes to illustrate how powerful a tool social media can be and that people really are paying attention to what is being said.

Have you had any interesting interactions or customer service responses as a result of something you’ve posted on social media? Or have you used it as a means to provide good client service or respond to direct comments? We’d love to hear your stories!