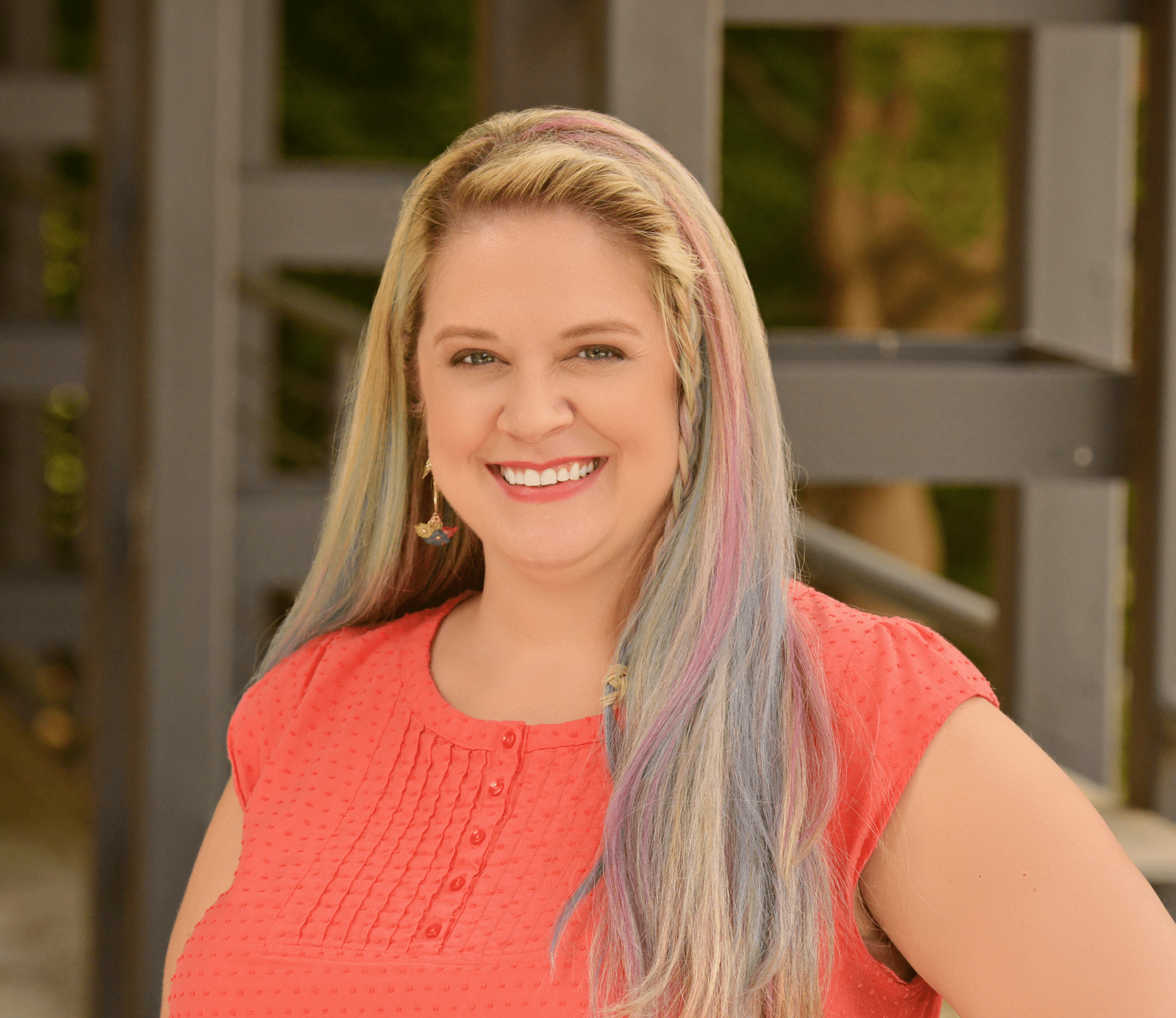 It’s so much fun to see clients’ eyes light up when you provide them a marketing strategy that really clicks. The fact that I get paid to do something I so thoroughly enjoy is not lost on me. I consider myself very lucky!

Kelly Lucas is bbr marketing’s go-to for all things marketing strategy, writing and social media and management. She infuses her own special brand of insight and experience from her past work in the legal and accounting professions and even Disney. She thrives on knowing the sky is the limit when it comes to creatively helping bbr marketing’s amazing clients.

One of the few who can legitimately claim to be a native of Metro Atlanta, a unicorn these days, Kelly now calls Newnan home with her husband, two wee ones and three cats that hate each other. Although she began her higher education with a major in wildlife, she ultimately earned her BS in marketing from the University of Georgia’s Terry College of Business after discovering her knack for spin and promotions while working with the Disney College Program’s regional recruiter. Outside the office, Kelly puts her love for marketing to work volunteering for her daughter’s school programs. She has also served on the marketing committee for Girls on the Run, a life-changing program for young girls, where she helped the Atlanta chapter earn the Pace Setter Award for marketing.

Kelly’s interests and life experiences are anything but ordinary. She became obsessed with rotting, flesh-eating zombies way before it was trendy, and we do mean obsessed. In addition to the zombie things you’d expect like “The Walking Dead” (filmed just minutes from her home – kismet?) and movies, she also eats up (see what we did there?) the comic fantasy works of author Christopher Moore. Almost anything geeky and space-related is probably going to appeal to her as well. She inherited from her dad a mind bank full of random and obscure trivia and historical facts, which really only helps during bar trivia or if they ever get to play on Jeopardy; you never know. And as if this bio doesn’t give you enough conversation starters with Kelly, you might want to ask her about the time she did a night dive to explore a shipwreck in the Keys during prime feeding time for most aquatic predators…it will either cure your lifelong fear of the dark or be the stuff of nightmares for the rest of your life.

Kelly is a performer at heart! Some of the places she has entertained the masses include:

I am passionate about helping my clients identify their differentiators, create effective marketing strategies and grow exponentially. I know professional services marketing and what it takes to think strategically and execute effectively.

Check out my book!

Bonnie teaches the art of growing your firm in the digital age, helping you uncover your firm’s unique value while sharing proven techniques for using the most effective online channels. Click here to learn more.