LinkedIn is doing a some major redecorating lately and has launched a revamped LinkedIn Groups, with a sleek “new and improved” attitude. The new LinkedIn Groups offers more features for interactivity and boasts a cleaner, more streamlined look. LinkedIn Groups is one of the most popular products on LinkedIn. There are more than 2 million groups with topics ranging from entrepreneurship to digital media, which allow members to exchange ideas, interests and business tips daily with a worldwide networking audience.

Groups are a great way to communicate to hundreds if not thousands of those in your target audience and peer group and are a unique and speedy way to build trust. Interacting with group members and responding to group questions and discussions showcases your knowledge and skills and builds awareness of your skills and firm. Plus, helping others through LinkedIn Groups can create strong and lasting networking connections and partnerships.

Here’s an example of what the new design looks like: 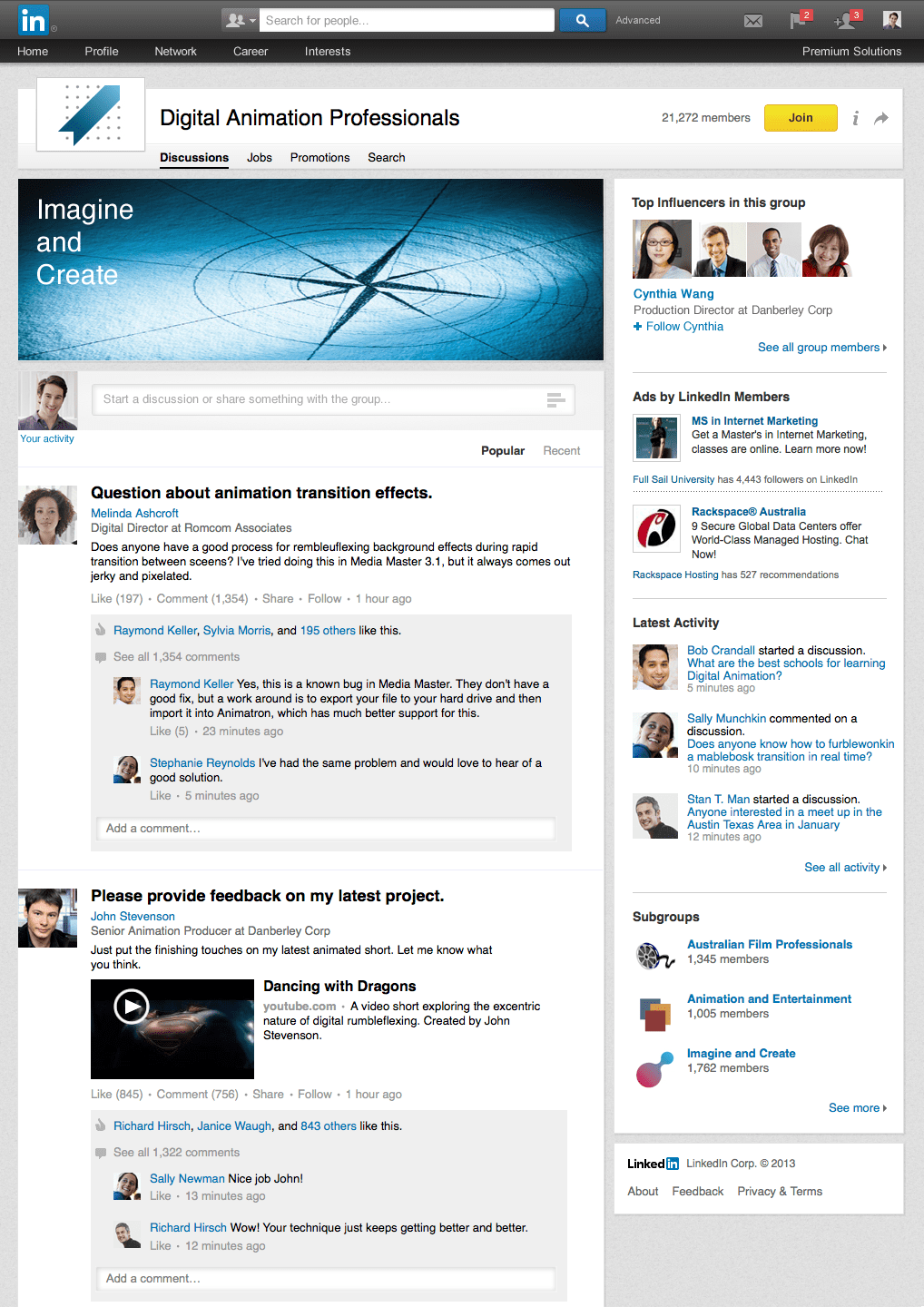 The new design is a way for companies to encourage usage and make the layout more appealing. LinkedIn Groups allows for more personalization by allowing administrators to include a creative banner. Gone is the bar graph race to be “Top Influencers,” with this information  moved to the top of the page, highlighting those that have been active and received numerous likes and comments to their posts. There is also a Subgroups section that will allow members find other related groups.

LinkedIn states that there are more than 8,000 Groups created every week and more than 200 conversations happening each minute. An average LinkedIn user joins seven groups and staying on top of all of those groups organized is no easy task. I think an organizational feature that allows for a “top info” section for all of your groups, collectively, would be a nice addition to the group overhaul.

What do you think of the new features for LinkedIn Groups? Anything else they could have done?

One comment on “LinkedIn Groups: A Fresh New Face”