LinkedIn Kills Off API for Groups 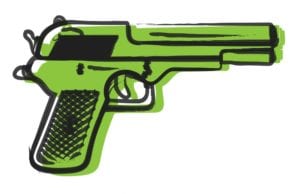 LinkedIn has made a number of changes in 2017 and for the most part, these updates have been well received. The next one, however, holds the potential to inconvenience a whole lot of professionals. At the end of June, the popular networking platform is ending API support for LinkedIn Groups.

In a terse announcement hidden in the help section, the company explains the far-reaching impact of its plans to kill the Groups API:

“This means you will no longer be able to access content from, or share content to, a LinkedIn Group through external platforms. Your continued use of LinkedIn Groups must be performed natively within LinkedIn.

This doesn’t affect other LinkedIn features or APIs, and your LinkedIn Group will continue to be active. You can continue to share professional content to the LinkedIn feed and LinkedIn Company Pages.”

In other words, all the nice social media aggregators and other applications you’ve been using to access LinkedIn Groups will no longer work. You won’t be able to add posts or messages to your Groups using these apps and those that are already scheduled to appear on or after July 1 won’t go through. Hootsuite, for example, has already removed the ability to add a LinkedIn Group to your dashboard and other applications will soon do the same if they haven’t already.

The change forces you to log into LinkedIn every time you want to post to or interact with your Groups. LinkedIn didn’t share their reasoning behind the move, but it seems likely that the purpose is encouraging more interaction with the platform’s features by making you sign in directly. If so, they’re taking a big gamble.

LinkedIn Groups have been quite successful, with many professionals taking part in discussions with their peers through membership in one or more groups and sharing ideas regularly. In part, that success has been due to the convenience of reading and posting through the other applications busy professionals depend on to help them save time in managing their social media presence. The question is whether the benefits these groups provide and their members’ commitment to them will be strong enough to overcome the inconvenience of making a separate trip into LinkedIn itself.

With time in short supply, how many professionals will make signing into LinkedIn to participate in their Groups a priority? I’d hazard a guess that many who are now active will find they don’t end up getting there as often as they did when it was easier – if at all – and simply let this kind of activity fall by the wayside. That would be a shame, since the peer-to-peer interactions between far-flung professionals in many niches has been both pleasant and valuable. And I could be wrong; it’s entirely possible that LinkedIn has studied the issue and concluded that their seemingly ham-handed move won’t hurt the viability of Groups in the least and will, in fact, drive more engagement with the platform.

Either way, they’ve made their decision and it’s up to you to decide how you’ll respond. Will you carve out a few more minutes a day to keep participating in LinkedIn Groups by signing into the official site or will you give it a miss? The future of LinkedIn Groups is unclear from my limited survey of frequent users, but I’m curious to see what the eventual result of ending Groups API will be.

3 comments on “LinkedIn Kills Off API for Groups”