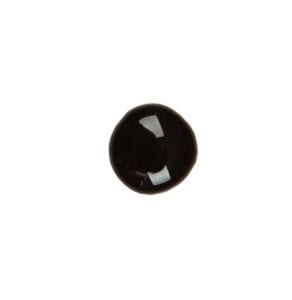 The next time you’re ready to begin a rant about these kids today, you might want to add this to list of youthful transgressions: Millennials are driving a language trend that could result in the demise of the period.

That’s right, those young people are managing to pose a threat to proper punctuators everywhere with their incessant texting and instant messaging, according to linguist and prolific author David Crystal. The language expert describes the dramatic nature of the threat in an article published by the New York Times in June 2016.

“We are at a momentous moment in the history of the full stop,” claims Crystal. “In the 1990s the internet created an ethos of linguistic free love where breaking the rules was encouraged and punctuation was one of the ways this could be done,” he says. “In an instant message, it is pretty obvious a sentence has come to an end, and none will have a full stop,” which makes including the period a wasted effort. “So why use it?”

It gets worse, though. Not only is the period deemed unnecessary, but using it may convey unintended meaning. Because it’s no longer required grammatically, or so we are told, apparently using one at the end of a message now adds emphasis that can indicate annoyance, sarcasm or a lack of sincerity. The same article cites linguist and professor Geoffrey Nunberg, who explains “It is not necessary to use a period in a text message, so to make something explicit that is already implicit makes a point of it.” The message you convey is affected by the added period: “It can be aggressive.”

Trends in casual communication come and go, as they always have, but this is serious business. If these irresponsible youngsters manage to kill off a basic tenet of written language based on the specious argument that it is no longer needed, what will the harvest be? Grocery stores could become a thing of the past, since Soylent offers adequate nutrition in less time than it takes to cook a meal. Who needs books when we have smartphones? For that matter, disposable underpants are really absorbent these days. Why waste time building extraneous bathrooms?

If these darn kids won’t use their allotment of periods, it falls to the rest of us to step up our own utilization of these invaluable marks. Should we fail to meet our responsibility, supply will inevitably dry up in response to the sharp decrease in demand. At that point the price will spike dramatically, until average, hardworking people can no longer afford even a bare minimum of this strategic commodity. I shudder at the thought.

As one colleague responded when posed with the alarming news that the period could be facing an untimely death, “Aw, hell naw!” The time for action is at hand, and the solution is clear: Every time you send a text, launch an email or draft a memo, sprinkle it liberally with extra periods. Drop at least three or four in each sentence, interspersed artfully so as to maximize their appeal to your intended reader.

Do your part, while there’s still time to save the period. And while you’re at it, get off of my lawn!

(Seriously though, keep the periods for everything more formal than a text or instant message. They matter.)