Last week, The Ringling Bros. & Barnum and Bailey Circus announced that after 146 years of entertaining the masses, they were closing down. For some this was a victory, as the protests over their animals had already resulted in the elimination of elephants from performances in 2016. However, Ringling Bros. bravely pushed on, determined to continue bringing “The Greatest Show on Earth” to children of all ages, even without the pachyderms. And this, my friends, is where they blundered. 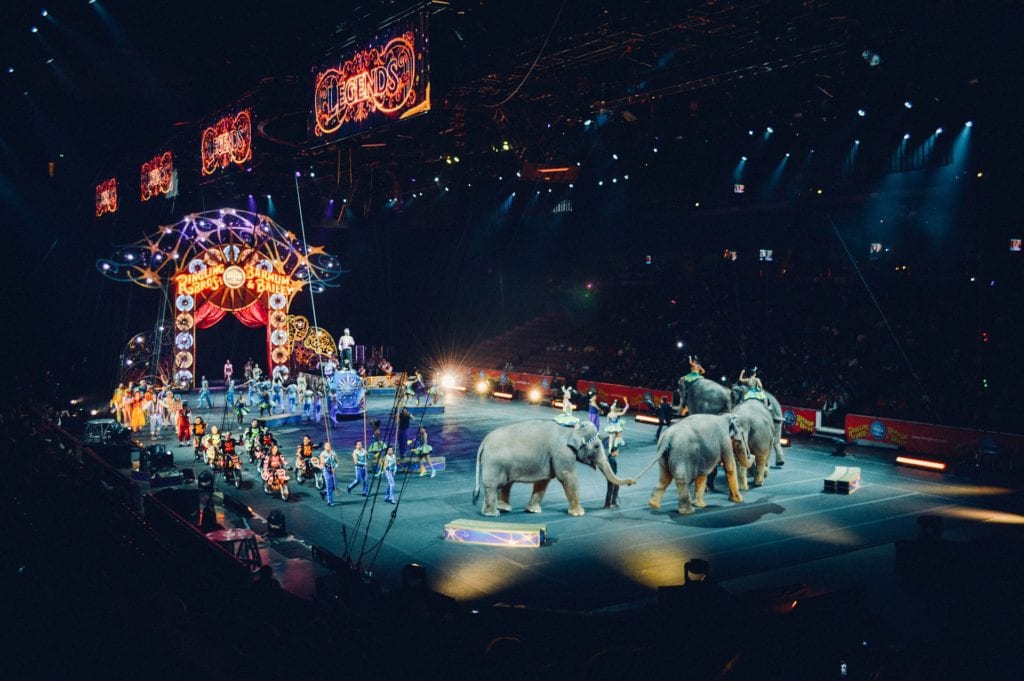 When circuses first started making the rounds way-back-when, it was something truly astounding. People from the smallest of towns could see performers from around the world and get a first-hand glimpse of animals they only ever read about in books. “Oh my gosh, a lion! An elephant!” The circus brought them something they simply could not get anywhere else.

It was amazing, but now, it’s archaic. That wonder inspired by something exotic is just not there anymore. I can go to my local zoo and see these animals. Or just as easily, I can hop online and watch videos of them anytime I want. I’ve seen elephants that paint, those that dance when they’re happy and some that cry (and then I cry) when they find an old friend. And just the other day I saw where in India people are knitting giant sweaters for elephants. No joke.

Those who said “It’s just not the same without the elephants” were absolutely correct. Yes, there were clowns and acrobats and other variety acts, but the elephants were central to the circus’ platform. So when they removed what was a major staple of their production, they had a huge chance to retool and rebrand. And boy did they miss that boat!

Minus the elephants and other animals, we’re left with only acrobats and clowns, and who in their right mind would pay money to see that? Every attendee of a Cirque du Soleil performance, that’s who. Cirque took one part of the circus concept and tweaked it to appeal to a more mature and sophisticated audience (and one with deeper pockets). There are still clowns, there are still acrobats. But instead of “oohs” and “aahs” for exotic animals, audiences are thrilled by feats of strength and contortionism (“I could do that if I stretched more”) that are set against a themed plot, costumes and theatrics, not to mention insanely engineered set pieces.

But Cirque du Soleil exists already, so obviously Ringling Bros. couldn’t become like them. Instead, they could have become something in between what they were and what Cirque is, plus a little something that takes advantage of what all kids drool over these days – technology. Borrow from Cirque and have a running theme and plot, but then bring in modern technology that allows kids in the audience to participate and direct the course of the show. Heck, they could even appeal to the “retro” crowd like Cirque does and hold the events in a tent that is set up in a parking lot. It’s old, and it’s new.

If you’re still with me, I do have a point. All of this is to illustrate that The Ringling Bros. & Barnum and Bailey Circus ran its course, and at the perfect moment to change that course, they missed out on an amazing opportunity to rebrand because they couldn’t get past what they once were.

We’ve seen this same scenario play out at accounting and law firms a few times. Partners who are reluctant to change the name of the firm, even though it’s confusing to clients. Management groups that think “we’ve done okay so far, why would we want to add a new service?” The best? “The logo and website are fine – we’ve had them since 1999 and no one’s said anything.” Not to your face maybe…

Just because your firm has basic forward momentum now, don’t assume it’s enough to keep you moving in the right direction or to generate growth. When it’s time to change and you know you need to remove your elephants, kudos for having the guts to do it. But that one change, though a big one, may not be enough. Look at your overall firm and take this opportunity to capitalize on the small bit of upheaval by making positive changes to your brand. Sometimes real change is necessary to keep up with the times, so that your firm doesn’t go the way of the dodo – and now, the circus.