On Friday, when I learned about the shooting in Connecticut, I instantly became physically ill. Literally. My stomach was tied up in knots and I was openly weeping for those children. I was so very upset and like many, my nerves were frayed. Along with watching CNN on the television, I was also constantly reviewing my Twitter feed to find out the latest information and updates.

One of the people I follow, a comedian, tweeted this: “I don’t think I got nominated for a Golden Globe. Now I will kill all of you.” Whoa. I flinched when I saw that tweet. My first thought was “What a heartless jerk!” My second thought was “Oooh, he’s probably not yet turned on the TV.” I figured he was going to get an earful from his followers. Sure enough, a few moments later, he tweeted an apology, “I promise I did not see the news today. Sincere apologies.” He also deleted the offending tweet. 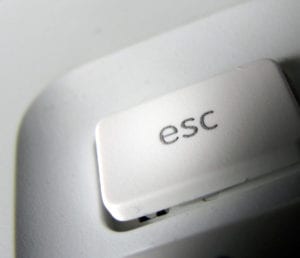 Not long after that, one of the sites I follow on Facebook posted a comedic graphic of a woman complaining about messy children, “Cleaning your house when you have children is like shoveling snow in a blizzard,” accompanied by a giveaway for cleaning services. Quite a few of their followers were none too happy and made their feelings known in the comments. My thoughts: “Wow, what crappy timing for this obviously pre-scheduled post to go live.”

That’s all these were, nothing more than poorly timed posts on social media. There wasn’t any malice involved, just very unfortunate gaffes. If these had been posted the day before, they would have been funny and amusing and mothers on Facebook would have been posting comments like “Amen!” instead of “You should be ashamed of yourself!” It’s important to understand that everyone makes mistakes and says something stupid at some point. In an era when it’s so easy to quickly share information, it’s become that much easier to get your foot wedged securely in your mouth. We need to remember that we are human and make mistakes and not get so carried away when someone accidentally says or posts something stupid.

Likewise, these examples also illustrate the importance of thinking before you post. It’s something that’s been said many times, but it bears repeating, especially now that there are ways of scheduling posts several days, or even weeks, in advance. Platforms like Hootsuite make it easy to “set and forget” your links, tweets and posts. But when tragic events take place and emotions and sensitivities are heightened, it would behoove you to double check the items you have in your social media pipeline. It never hurts to play it safe and remove a post that skirts a little too close to delicate events in the news.

Unfortunately, tragedies will strike and people will have knee-jerk reactions. Review your social media during these situations so that you do not accidentally make yourself a target of pent-up anger. And make a point to remember that not everyone knows how to react and may say something just plain dumb. Be understanding and do your best not to contribute to rising anxieties. As simple and silly as it may sound, in times like these, we all need to do our best to be thoughtful of those around us and give each other a break.