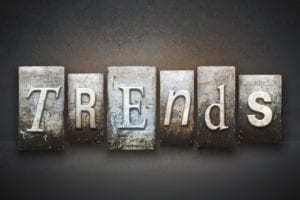 The Pew Research Center has released the results of its 2014 Social Media Update and everything you suspected has come true. Facebook is getting to be where the old folks hang out and yes, it’s still the most popular networking platform – by a mile.

Social media is such a rapidly changing phenomenon that it pays to check in with these periodic surveys that monitor who’s using what and spots the trends. This survey, completed in September 2014 using telephone interviews (both land lines and cell phones), reported on the social media behavior of adult American internet users. There aren’t a lot of surprises in the results; there is, however, statistical support for the anecdotal observations many have made regarding Facebook, Instagram, Pinterest and LinkedIn usage patterns.

First of all, 4 out of 5 adults (81%) use the internet. Over half of this online community (52%) participates in more than one social media platform. More than half (56%) of internet users older than 65 are now on Facebook and about the same number (53%) of young internet users (ages 18-29) are on Instagram. Pinterest is still super hot among women (with 42% of female internet users participating) and exactly half of college-educated internet users are now networking professionally with LinkedIn.

Facebook is clearly the place to be for social media newbies and everyone else. Although the share of internet-using adults utilizing the platform (71%) is no greater in 2014 than it was in 2013, this number dwarfs the relatively equal shares achieved by the other big names in networking: LinkedIn (28%), Pinterest (28%), Instagram (26%) and Twitter (23%). What’s more, the rate of engagement of Facebook’s users has increased significantly, with 70% of them logging at least daily and almost half (45%) checking it multiple times each day.

•   Compare that figure to the 49% of Instagram users and 36% of Twitter users who show daily devotion to their platforms and it becomes apparent that Facebook is a kind of online “home base” for many of today’s adult internet users. Obviously, viewing a steady stream of content curated by one’s friends and online acquaintances is a popular experience.

•   Social media’s hold on Americans is deepening. Since 2013, the number of surveyed adults who use more than one platform jumped 10 points (42%-52%). 79% of the single-site respondents chose Facebook as their one and only.

•   Matching a firm’s target audience to the correct platform will yield a very meaningful increase in efficiency when reaching out to new clients and connecting with existing ones through social media.

So there you have it. Social media is serious, and your firm has everything to gain from using it wisely. If you’re unsure about where to place your social media marketing efforts, examine the distinctive user profiles of each site and balance that with your personal use preference. And above all, consider Facebook as one possibility. It may not be the best choice for your firm for many reasons, but it’s certainly a popular place for much of the country to hang out with one another.