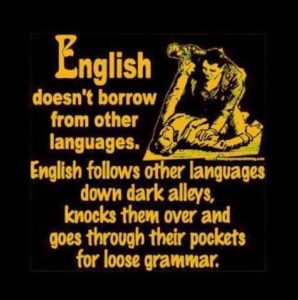 With the ascent of social media, Americans are utilizing written communications in a public forum to a far greater degree than they once did. That’s not true for everyone, of course; there have always been prolific writers who shared their opinions and debated the issues of the day via thoughtful essays, outraged manifestos and carefully crafted editorials. With plentiful platforms at hand, however, the rest of us have joined in the conversation, revealing an overwhelming failure to grasp the rudiments of the rules of English.

It’s truly appalling to witness. What is WRONG with people today? Don’t they care about following the laws of spelling and grammar at all? I mean, it couldn’t be simpler. Just learn a few basic rules and apply them consistently. Just ask any non-native English language learner, or a native fifth grader, for that matter.

Take conjugating verbs, for example. Swim, swam, have swum. Drink, drank, have drunk. Think, thank, have thunk. Wait a minute…that can’t be right. Bear, bore, have born? Blow, blew, have blown? Forbid, forbade, have forbidden? Okay, so verbs aren’t a model of consistency. Bad example. Most languages have some irregular verbs; English just happens to have more of them and more variation than most.

But spelling, that’s one thing everyone should be able to do if they remember the rules. I before e, except after c, and when pronounced ‘ay’ as in neighbor and weigh. Learn it. Follow it. Unless you’re spelling either, weird, leisure, height or other words that don’t follow the rule. Right, so maybe that’s not the best example either.

But what about basic punctuation, which seems to have flown out the window lately? How hard can it be to remember that you always use an apostrophe to indicate possession? Well, almost always. The rule is hard and fast when we’re talking about Bruno’s ice cream or the cat’s pajamas, but the area of pronouns is one of its exceptions. Yeah, that’s right: his, hers, its. No apostrophe.

Face it: those language manglers that drive purists up the wall on Facebook and grocery store flyers may be excessively lax but English simply isn’t consistent or logical enough to give even well-meaning writers a fair shot. It’s rough, tough and thoroughly un-neighborly enough to make you want to cough out a curse, run through the door and bang your head against the nearest bough of a tree. Or something equally silly. 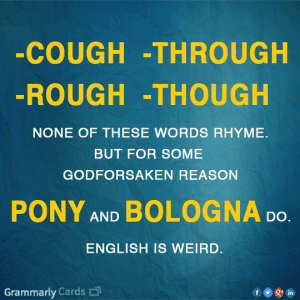 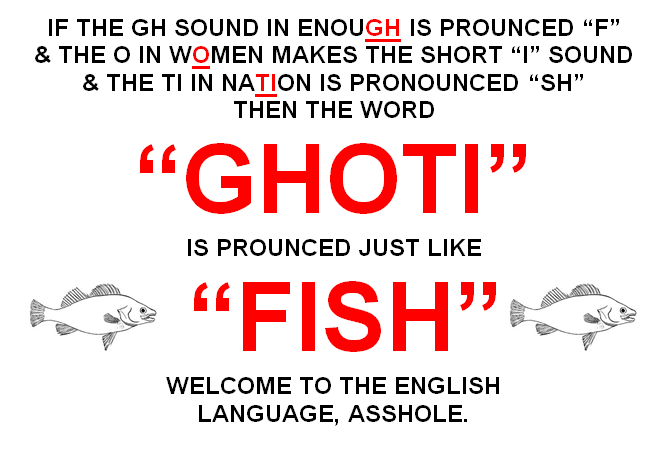 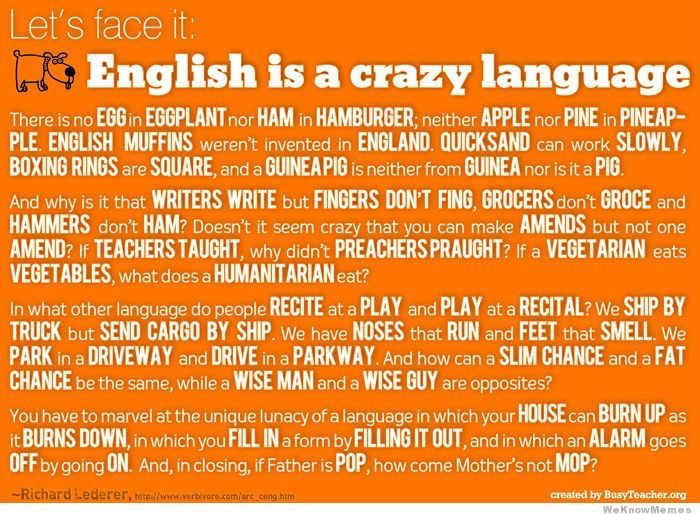 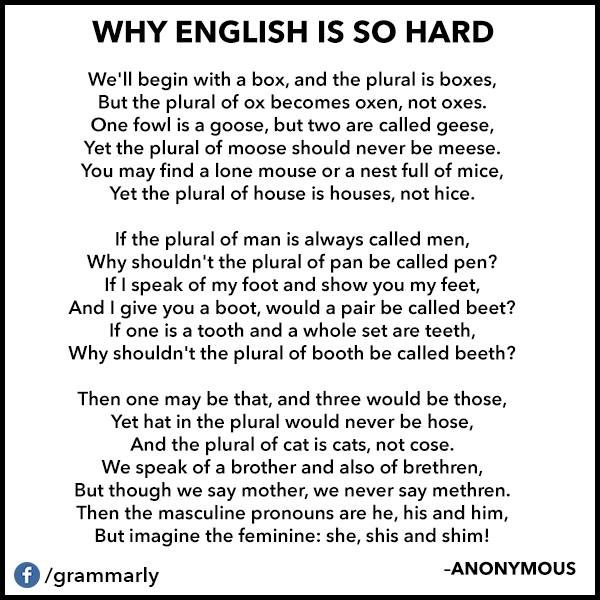