Logos and Branding for a Pair of Firms – On the Double 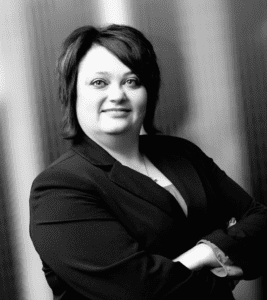 “I truly appreciate the support that I got as well as the creativity of their work. They’re not afraid to push the envelope; they can step outside the box as much as I let them.”

In 2014, SS&G Wealth Management (Wealth) acquired a company and renamed it Springside Partners, with Springside remaining a separate entity under the Wealth umbrella. They needed a new logo for Springside and wanted to update their own logo too. The plan was to make both logos look connected, like siblings, yet each logo had to be able to stand alone. Katie Tolin, Marketing Director for Wealth’s parent company, wanted the logos to look very professional and compliment the parent company’s branding so they would quickly become recognized in the marketplace, but time was short. “When the managing director told me she needed this in four weeks, I instantly thought of bbr marketing. There simply wasn’t time to shop around and knowing their work and reputation, I was comfortable that their rates would be competitive, reasonable and the job would be done properly.” She contacted bbr marketing and presented the challenge: two logos and stationery in a month.

Katie sent a brief explanation of their likes and dislikes, the color palette and what they were looking for. After reviewing the information, bbr marketing quickly scheduled a call to discuss the project goals to make sure the brand and logo meshed. The managing director was highly accomplished and a respected published authority, so the firm wanted to capture her strength in the final products. Katie says, “Communication was key to this entire project, especially given the time crunch to get these produced. Between the emails and calls, bbr marketing made sure we understood each step before they went on to the next one. The communication was different than most branding firms. bbr didn’t just design what they wanted and convince us to like it. Instead, they got to know us and listened to what we wanted, and that really showed in the designs that were presented.”

“The logos were a hit right from the start,” reports Katie. Both of the logos were approved within two weeks, and Wealth had drafts of letterhead ready for printing two weeks later. “It was the first time I’ve ever rebranded so quickly; never before have I received a final logo in the first round of branding concepts.” She wasn’t the only one who liked the end result: “The Springside logo was put into use a month ago and feedback has been great. The managing director loves it. People are very happy with it.” Despite the short time frame, the process went smoothly and efficiently, according to Katie. “I would definitely contact bbr marketing for other outsourced marketing needs. They kept us moving, persistently but gently. They kept us from dragging our feet with gentle nudging but weren’t ‘in your face’ about it. I got great suggestions and the entire process was all about making it easier on me. I appreciated that.”