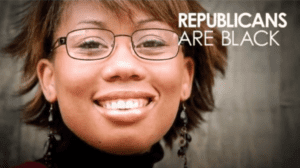 I’ve written about the pros and cons of using stock photography before. In some cases it is a great way to communicate a message and take advantage of the “one picture = 1000 words” dictum. It can also be a way to illustrate a point in a blog post or on your website. On the other hand, it doesn’t work in all circumstances. We are big fans of using photos of the real people in your office rather than the perfectly coifed, smiling stock people you find all over the place. While your real staff may not be quite as pretty as the stock models, they are real and when clients visit your office, they will see consistency between your marketing materials and the people they meet in person.

So when I saw this story, I had to laugh out loud at how perfectly it illustrates the dangers of using stock photography. It seems that the Republican party created an ad campaign with the goal of appealing to African American voters. Somewhat similar to the “I am Mormon” campaign created during the last election cycle, it aimed to point out that Republicans come in all flavors, trying to overcome the misconception that the GOP is a party for older white people. It’s a good idea, and one that could have been somewhat effective if it weren’t executed so very poorly.

Here’s the thing…rather than finding real live black Republicans to feature in their ads, they went to istockphoto.com, one of the cheapest and most highly used sites available, and purchased an image of a lovely, young black woman to use in the ad. It didn’t take very long for this fact to hit the news, which was quickly followed by parody campaigns all over social media and jokes on late night talk shows.

So while their goal was to appeal to black voters, their use of this cheap stock image did exactly the opposite – it is turning them off in droves. The reactions I’ve heard include variations on a couple of themes. “So you couldn’t find even ONE real black Republican to photograph for your campaign?” “If you have to buy a stock image, it must mean Republicans really aren’t black and your campaign is built on a lie.” Or “Seriously, how cheap do you have to be, and how stupid do you think we are?”

While it was the Republican party that got stung with this one, I’ve seen quite a few other similar situations over the years. As a strategic marketer, I’m amazed when this type of ridiculous decision-making isn’t vetoed at some point along the way. There are a lot of moving parts and players in a national campaign of this size. Didn’t SOMEONE feel the need to speak up and point out how poor this decision was? And if the advice was proffered and ignored, shame on everyone involved for not paying attention. Now any money that was spent is completely wasted and the goal of appealing to a wider swath of voters has been replaced with the reality that you are now a laughingstock. (No pun intended.) Good job folks!