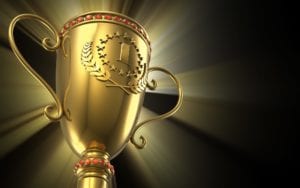 It’s that time again. Not Thanksgiving, or Christmas-in-November, or even the Election from the Black Lagoon. No, it’s the most exciting event of all – the wonderful moment when Oxford Dictionaries announces its Word of the Year! After a pretty rough year so far, we could all use something to celebrate and here it is: The 2016 Word of the Year is “post-truth.”

It’s hyphenated, which may cause skeptics to look askance, but before you sneer and dismiss it based on charges of frivolity, let’s give it a chance. First, the definition. According to OD, post-truth is an adjective that means “relating to or denoting circumstances in which objective facts are less influential in shaping public opinion than appeals to emotion and personal belief.”

Post-truth is an expansion of Stephen Colbert’s ‘truthiness,’ which OD describes as “the quality of seeming or being felt to be true, even if not necessarily true.” The organization goes on to specify that “post-truth extends that notion from an isolated quality of particular assertions to a general characteristic of our age.”

Post-truth first appeared in its current meaning in 1992, in an essay by playwright Steve Tesich. It has become widely used and recognized only recently, however. OD explains that the term has grown so much in the past year that major publishers can now use it freely, with no need to communicate that the word carries a connotation not just of temporal relations, as in post-war, but that the noun it modifies “belong[s] to a time in which the specified concept has become unimportant or irrelevant.”

“We first saw the frequency really spike this year in June with buzz over the Brexit vote and again in July when Donald Trump secured the Republican presidential nomination,” reported Casper Grathwohl of the OD, speaking to BBC News. “Given that usage of the term hasn’t shown any signs of slowing down, I wouldn’t be surprised if post-truth becomes one of the defining words of our time.”

It kinda makes you cringe, really, despite how appropriate it is in modern political discussion. But perhaps we should have expected something of the sort, because it appears that politics made a big impact on language trends this year. Several other contenders for the title showed a definite focus on matters of politics and social awareness issues, including Brexiteer, alt-right, glass cliff, Latinx and woke.

Luckily there were a few others to lighten up the mood ever so slightly. The happiest of these was the Danish word hygge, which OD defines as “a quality of cosiness and comfortable conviviality that engenders a feeling of contentment or well-being.” Chatbot, adulting and coulrophobia (a serious fear of clowns) rounded out the group of also-rans.

Taken as a whole, the shortlist of entries competing for word of the year is a mite depressing, at least to me. But we must bear up cheerfully nonetheless, ever mindful that the wonderful world of words still includes such gems as ice cream, puppy and pajamas.