Who Wants to Go to Tonga? 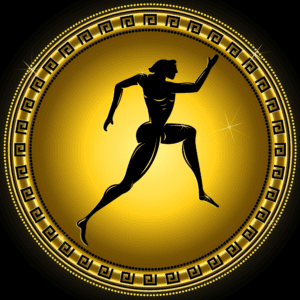 Every four years, the world comes together to enjoy a satisfying bout of naked athletic international competition. No, no, no, not anymore. They’re clothed sporting events these days, although in the early days of the tradition nudity was involved. As of this past Friday evening though, a surprising number of viewers find themselves pondering the advantages of the older style this time around. That’s because although the numerous contests have over a week to go before they’re done, the big winner is already clear. It’s Tonga.

The opening festivities of the event included athletes from every nation, and even a contingent of participants who are refugees from their home country. Among the procession was one gentleman bearing the flag of Tonga, the nation just voted most likely to be swamped by female tourists.

The appearance of this young man made quite an impact on millions of observers. In houses of television viewers around the world the conversation went something like this one, as described by a co-worker:

I was in midsentence with [my husband] when the flag-bearer for Tonga walked out and I just stopped dead. Husband: “Yes? Continue…” Me: “Um, I got nothing…”

The high point of the…right. Can’t say that. As you are probably aware, businesses are prohibited from mentioning the name of this quadrennial contest, so I’ll just refer to it as the Big O Athletic Events from here on out, so as not to violate the law. I’m sure you understand. So anyway, the high point of the Big O Athletic Events occurred within the first few minutes. Who would have predicted that?

Tonga, a tiny island nation in Polynesia, has been pretty much off the radar for most Americans until now, and it has only a single second place finish in 1966 to show for its long involvement in the Big O Athletic Events. And yet suddenly Tonga has earned a very special spot in the hearts of countless women and men across the globe.

This rare glimpse of the beauty Tonga holds has even led many of us to the Tonga Tourist Authority’s website, where we’re greeted with a truly spectacular suggestion:

so much to see and do

Well. Okay. I can agree with that. I think we all can.

And why not? Who among us, now that Tonga is on our mental map, is not burning with desire to get better acquainted with the country and meet its friendly people, building personal connections while basking in the archipelago’s glistening glory? We yearn to drink in its warm, tropical goodness, revel in its unique features and take in its magnificent vistas from every angle. Being reminded of this Polynesian paradise inspires us to appreciate Tongan culture and slake our passion for learning with every detail we can grasp of our world’s many marvels, which is really what the Big O Athletic Events are all about, right?

But what does all this mean for your firm? It’s very simple. The secret formula Tonga used to achieve worldwide glory is an easily achievable strategy, and one that bbr marketing has long advocated. Tonga has become The Place To Be by letting the appealing nature of its own people shine through.

It might be a crooked smile that brings to mind a long-lost friend, shown in a candid profile picture on your firm’s website. It could be a shared interest revealed in a bio. Then again, it could be a greased-up Adonis that brings to mind other interests entirely. This is not likely to be the best route for accounting firms, where professional attire rarely includes grass skirts, but it could happen. If it did, you might hesitate for a moment, wondering if this kind of marketing crossed the line into crass objectification, and the answer would be yes, most definitely. So no greased-up Adonises. We have to draw the line somewhere.

Nevertheless, the point remains: Your firm benefits from real human connection inspired by sharing images and information that reveal the individuals who make up your unique, appealing, wonderful team.

2 comments on “Who Wants to Go to Tonga?”