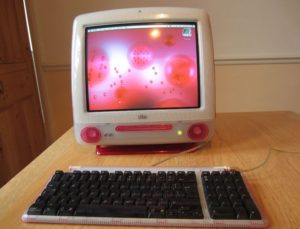 Most native-born U.S. professionals know how to speak English correctly, even if they don’t choose to do so all the time. When pressed, they can probably even come up with some variation on the rule that governs a particular language convention, like subject-verb agreement or avoiding double negatives.

There are certain rules, however, that we know how to use even though the rule itself escapes us. Despite following the protocol over and over, we couldn’t in a million years point to the rule that explains why the language must be handled just so. Putting consecutive adjectives into the accepted order is one of these, but there is indeed a pattern and a rule.

Matthew Anderson of the BBC shared a tweet about this rule that went viral in late 2016. His post included an excerpt from Mark Forsyth’s 2013 writing guide, “The Elements of Eloquence: How to Turn the Perfect English Phrase,” that mentioned the rule. The finer points of grammar don’t often become the talk of the internet, but this one struck our collective fancy because while everyone knows the pattern, almost no one knows the rule that drives it.

So how do you decide what order to put adjectives in when you string together a few of them? You know your client is tall, dark and handsome rather than dark, handsome and tall, but why on earth does it sound wrong when phrased in the latter order? Adjectives are usually ordered based on how they modify their noun, with each type of modifier occupying a specific place in the list. Here’s the rule:

That gives us a horrible enormous German wooden carving and an ancient pink plastic i-Mac, but never a cotton hand new towel. You know it’s correct or incorrect when you hear it, but you’ve probably never known why. You picked up on the pattern as an infant, listening to the people around you. Ever since, you’ve followed the same rule without ever realizing there even was one.

English language learners, however, have a much harder path. They must learn the pattern as a rule, and then struggle to match their newly acquired vocabulary to the format. That’s one of the reasons speech by non-native speakers sounds a little off to our ears – they’re trying to follow countless complex rules that we simply use without thinking about or formally learning.

Just for fun, start using a non-standard order for your adjectives (not at work, please) and see how it goes. You’ll be amazed at how wrong it sounds to you, because this rule you’ve never heard of is so firmly established in your mind. And all this time, you had no idea how well-educated you were about grammar!