I love to play around on Twitter and will often join in when there’s an interesting hashtag trending. Recently I saw one for #11thcommandment. The best tweet from this campaign was from @orangejulius317: “thoust moveth thine feet, thoust loseth thine seat.” Classic.

Because these hashtag campaigns can be so much fun and generate a lot of participation, brands will sometimes jump on the bandwagon and create their own. For instance, @WheatThins ran a campaign that included the hashtag #WTF, for Wheat Thins Forever. However, given that this acronym is usually associated with a very different phrase, people had fun with this and it generated quite a few fun tweets. This is how a brand wants a hashtag campaign to work. If only McDonald’s had talked with the marketing team at Wheat Thins… 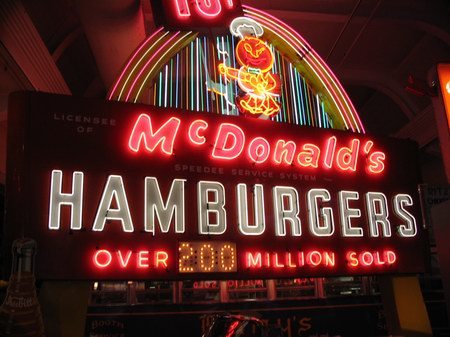 In the last week, you may have heard the cautionary tale of @McDonalds Twitter hashtag campaign gone awry. What started out with the best of intentions – tweets detailing McDonald’s use of farm-fresh food, #MeetTheFarmers, and generating feel-good food stories, #McDStories – instead turned into a PR snafu. Instead of a series of nostalgia-driven tweets about the best times spent at McDonald’s, Twitter spouted out stories of food poisoning, finding odd things in their food and poor customer service. Not exactly what Mickey D’s had in mind.

To McDonald’s credit, they were paying close attention and pulled the plug on their participation as soon as things got hairy. It’s also important to note that of the almost 73,000 tweets that participated in this campaign, only two percent were negative. However, because stories like this are interesting (and admittedly, kind of funny), it’s taken on a completely new life on social media. It really doesn’t matter if it was two percent or 20 percent in the end, the damage is done.

Not only did McDonald’s get smacked with those initial bad tweets, they’ve since had to deal with the media coverage as well as websites and blogs (like this one) that keep the story alive. I have to admit, I feel a little bad for them. Speaking only for myself, I’ve never had any issue with the company or their food, but I can understand how someone can get fired up over poor service. When your industry is overly scrutinized to begin with (fast food is very polarizing as of late), it’s probably best to play it very, very safe on social media sites where things can get out of hand quickly.

So why did the Wheat Thins campaign work while the McDonald’s campaign backfired? Well, there’s not really anything controversial about wheat crackers. Moreover, I doubt McDonald’s thought ahead to what could be made of their hashtag. It was open-ended, up for interpretation and didn’t really guide the Twitter user to the desired type of tweet. That’s a recipe for disaster. For something like this, it would have been better to create a hashtag like #ImLovinIt or #MyMcDFavs or something like that. Too often on social media, the conversation can run wild, so it would have been best to try to rein it in from the very beginning.

McDonald’s has learned a lesson and I imagine they won’t be starting any new Twitter campaigns any time soon. However, that doesn’t mean you shouldn’t. If you do decide to create or actively participate in a hashtag campaign, take the time to think of all of the potential feedback – both positive and negative – that could be generated and be prepared with responses. Participation in online conversations is a great thing, as long as you’ve prepared yourself for all of the possibilities.