Can Pokémon Go Work in Your Firm’s Marketing Mix?

Pokémon Go mania is taking over! Even if you aren’t that into mobile device games or have ever cared about Pokémon, it’s likely you’ve at least heard about this new phenomenon. In order to catch the little critters, users have to wander around to find new ones. And because many people aren’t paying attention to their surroundings because they’re focused on augmented reality cartoons, they’re stumbling upon dead bodies instead of a Bulbasaur, getting robbed by following Pokémon lure modules and causing traffic accidents while trying to catch Pikachu. (That last bit turned out to be a hoax, but is completely plausible given how obsessed everyone is.) 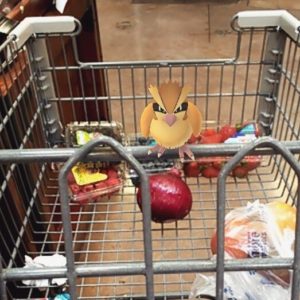 Pidgy showed up to harass Maddy at the grocery store.

You’re probably wondering how this madness has anything to do with your firm’s marketing. Bear with me, I’m getting there. Given the hype, I had to check the app out for myself. I won’t lie, it’s fun, and my daughter and I get a kick out of random Pokémon surprising us while we’re in a store or restaurant. There are also these things in the app called Pokéstops, which correspond to actual places in the real world, e.g. gas stations, a section of a park, a church, etc. Travel to that location in the real world and the Pokéstop in the app will give you free items that you can use to help you catch the Pokémon. The app is pushing traffic to random places and players are following, resulting in the potential of businesses to be introduced to new clients. Your business, too. 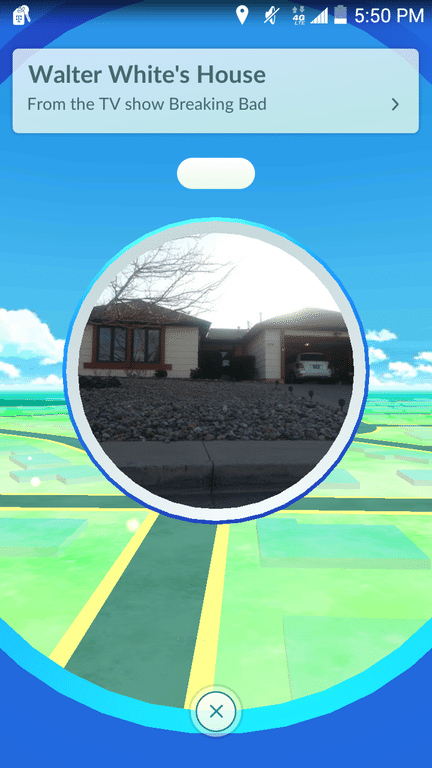 Before we get too far down this road, it’s important to note that these spots are predetermined by an online community called Ingress. I won’t go into the details, but you can read about how Ingress determined the locations that are now Pokéstops here. For now, you can’t request to be a Pokéstop, though if their parent company is smart, they’ll open it up for people to purchase the ability to be one; they’d be insane not to. I was a bit bummed when I discovered this; I was fully ready to make the bbr marketing office a beacon for Pokémon Go nerds! If you’re not sure if your office is a Pokéstop or very near to one, ask around to see if someone on your staff has the app so you can view the map and see (odds are there is at least one). Or download it yourself – it’s free, so the only investment is getting it up and running to check it out.

What does this mean for you? If your office is lucky enough to be a Pokéstop, you could potentially capitalize on this. Have a sign in front of your office or by the road that can be easily customized? Create a playful message for Pokémon Go players that grabs their attention. Able to create and post flyers on your front door or in your office windows? Here is yet another opportunity to catch the eye of those hunting Pokémon. And if you really want to get some foot traffic, you can make an in-app purchase and get a Lure Module for your Pokéstop. This “lures” more Pokémon to the Pokéstop, which in turn lures more people to your front door. If you know there’s going to be a reason for crowds to be in the vicinity, why not create a reason for some of them to walk by your office when normally they wouldn’t?

Sounds pretty cool, huh? Let’s be realistic: it’s highly unlikely that someone is going to visit your Pokéstop, catch a Zubat, look up and suddenly go “Hey, I think I’ll go hire an accountant/attorney today!” No, more than likely what will happen is that the gamer walks up, double checks they’re in the right place, activates the freebies in the app and then off they go. So what’s in it for you then? They’ve at least registered that your office now exists. And that Pokéstop? Eventually it will activate again and that same person can come back for more, reinforcing your name with them. If one of their buddies is looking, they’ll recommend your Pokéstop, getting your name in front of yet another set of eyes. And if you’ve made an effort to put something Pokémon related in your window, on your sign or on your door, that little extra bit of fun could register, helping you stand out and be a bit more memorable.

Of course, this isn’t for everyone. Much of it boils down to if it works with your firm culture and if you’re willing to potentially interact with folks who want to chat about Pokémon when in front of your door. If you’re willing to do this, you’ve generated awareness of your firm with people who may not have known of you before. Perhaps they’ll never have a need for your services, but if they do, they know of you now. And if at a family get-together their Uncle Harold says he needs an attorney or their Aunt Suzy says she’s looking for an accountant, well now they can make an educated recommendation, and all thanks to the fact that you embraced your inner Pokémon trainer.

Is your office at a Pokéstop? If so, what will you do, if anything, to take advantage of this bizarre new opportunity? We’d love to hear your ideas in the comments below.

P.S. Still not certain this fad is worthy of your attention? Atlanta will have a Pokémon Go Jog Around the Beltline event this next week, where fans are getting together and jogging to Pokéstops. At the time of this publication, the event has almost 500 attending and close to 3,000 interested. Would you turn your nose up at those numbers?