Do You Know the Complete History of Social Media? [Infographic]

Most people, when they hear the term “social media,” think of online platforms like LinkedIn, Facebook and Twitter. However, long before there was even a world wide web, there were other media that enabled us to be social. Starting with the advent of postal service in 550 B.C., Avalaunch Media has put together an interactive infographic, The Complete History of Social Media, which lists out key moments in social media’s timetable. The information is broken up into three different periods: BC – 1800s, 1900s and 2000s – Present. Scroll over the date listings on the timeline and Eddy, the Avalaunch mascot, gives you additional insight. 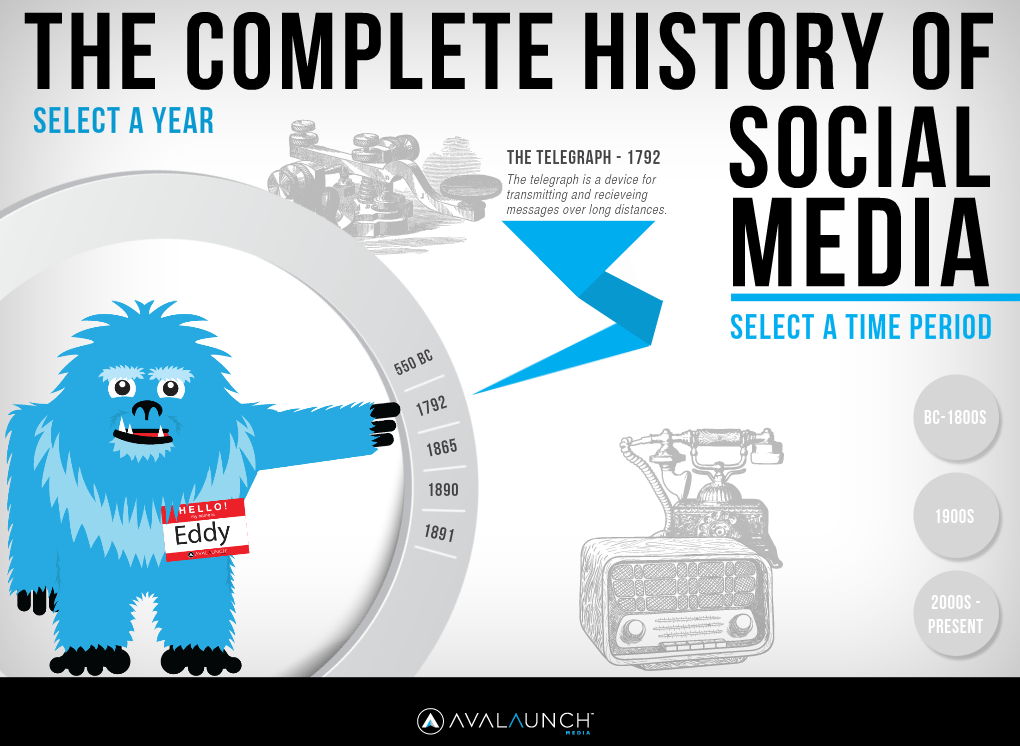 I won’t go into too many details, as it’s more fun to play around with the infographic itself. You should definitely explore it and enjoy the surprises firsthand. However, something I found pretty interesting was the 1997 listing of SixDegrees. From the infographic: Six degrees was the first modern social network. It allowed users to create a profile and to become friends with other users. In 2000, it was purchased for $125 million and in 2001 it was shut down.

I had never heard of this site prior to the infographic, so I did a little more reading via Wikipedia’s SixDegrees page and from the sound of it, it’s pretty much the precursor to today’s Facebook. You learn something new every day!

So click on over and play with the interactive infographic; you too may learn something new and begin to think about what defines “social media” in a different way.