It’s “Over” Grammar – It’s About Right and Wrong 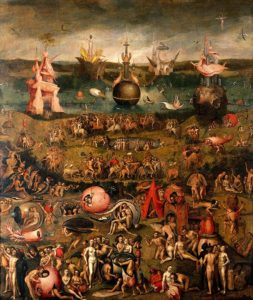 Following shamelessly on the heels of National Grammar Day on March 4th, the Associated Press’s official diction policy has been amended to allow (gasp) the use of ‘over’ to describe an amount greater than a specified quantity. No longer are writers required by the rules of accuracy and good grammar to either phrase such a relationship as ‘more than’ or ‘greater than’ or face shunning by those who know and judge about such matters.

Darrell Christian, the AP Stylebook editor explained the move through Madigan White, Senior Media Relations Manager for AP, who said “We decided on the change because it has become common usage. We’re not dictating that people use ‘over’ – only that they may use it as well as ‘more than’ to indicate greater numerical value.”

“Great googly oogly!” you may say, and with good reason. I join you in wondering exactly what the world is coming to and where it all ends. At this rate, I’d not be at all surprised to hear that the new edition of the venerated Stylebook included a “less, fewer, whatever” clause or that ‘lay down’ and ‘lie down’ were henceforth deemed to be interchangeable since “they mean pretty much the same thing anyway.”

Naturally the journalists of the world have been expressing their outrage between fainting spells since the change was announced. “More than my dead body!” appears to be the consensus among the literati, many of whom were still reeling from the 2012 AP Stylebook modification that permitted ‘hopefully’ to join the ranks of the truly legitimate words. Other tweeted responses poignantly convey the anxiety for our collective future brought about by this drastic step, with comments such as:

Have we ceased to be a society ruled by laws and order, AP?

Pretty soon, they’ll allow the garish all-cap postal abbreviations for state names. It will be anarchy!

Look, I’m a progressive when it comes to linguistic matters. I interpose adverbs to daringly create split infinitives. I make no bones about ending sentences with prepositions when I wish to. But surely we, as a civilized society, must impose limits somewhere along the line before this handbasket reaches its obvious and unfortunate destination! If we carry on blithely doing nothing to stem this tide of etymological atrocities, we can expect to witness future centuries from our resting places beneath headstones bearing the lovingly chiseled epitaphs commissioned by our devoted offspring: <3 U 4EVA MA.

*Disclaimer: I enjoy a good curmudgeonly grammar rant but in actuality, I’m fine with the change. I simply wanted to share the news with you that ‘over’ is now officially acceptable to use in describing numerical relations, in case you still felt a pang of grammar school guilt when doing so.