When You and Your Partner Split Up, What Happens to the URL?

Get Serious About Using SSL, or Get Penalized by Google

Should Your Firm Invest in Mobile and Video Marketing?

When It Comes to SEO, Size Doesn’t Matter 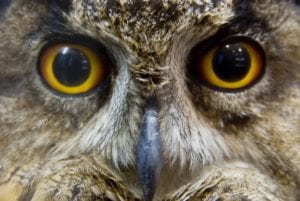 If you keep an eye on new developments at Google, you’ve probably heard of Project Owl. It’s not a way to harness the power of bird data to protect wildlife, although you’d be reasonable to think so based on the name. The owl in the initiative’s moniker likely represents wisdom, a traditional attribute of the nocturnal birds.

Project Owl is Google’s latest effort to ensure the search results it offers web users are solid, respectable and believable sources for information. For years, some search queries produced suggested links that led to inappropriate or simply incorrect content. Google didn’t like that, of course, but it was viewed as a small problem that affected only a tiny number of the millions of searches the company conducted each day.

That perception changed over the course of the 2016 election and the months since, with copious media coverage of “fake news” stories and search terms that consistently pointed web users to problematic sites. That led Google Fellow Pandu Nayak to admit the issue was bigger than the company had thought, saying, “People [at Google] were really shellshocked, by the whole thing. That, even though it was a small problem [in terms of number of searches], it became clear to us that we really needed to solve it. It was a significant problem, and it’s one that we had I guess not appreciated before.”

As a result, Google has redoubled efforts to ensure high quality search results and auto-completed search terms, with algorithm tweaks and other mechanisms designed to weed out and remove suspect content. In April, the company announced three strategies focused on reducing problematic links:

Users are now encouraged to report search results that include misleading, incorrect, violent, racist, dangerous, sexually explicit, hateful or otherwise offensive content. That should be a non-issue for professional services firms (if it is an issue, the firm has way bigger problems than search rank).

What may prove to be an issue is how Google’s adjusted algorithms affect rank based on authoritative sources. Tech-savvy marketers are asking questions and trying to understand the key issue: How do web crawlers decide who’s authoritative and who’s not, and will it affect search rank for your firm? That’s still unclear. The fact is, we don’t yet have any clear idea of what Project Owl will mean for marketers, so it remains an interesting topic to follow but not one that should inspire action at this point.

If you’re a mouse, you should definitely worry about owls of all kinds. If you’re a human trying to market your professional services firm, however, Project Owl is nothing to worry about – for now. Should that change, we’ll be sure to let you know.