How Caring Leadership Directly Affects the Growth of Your Firm 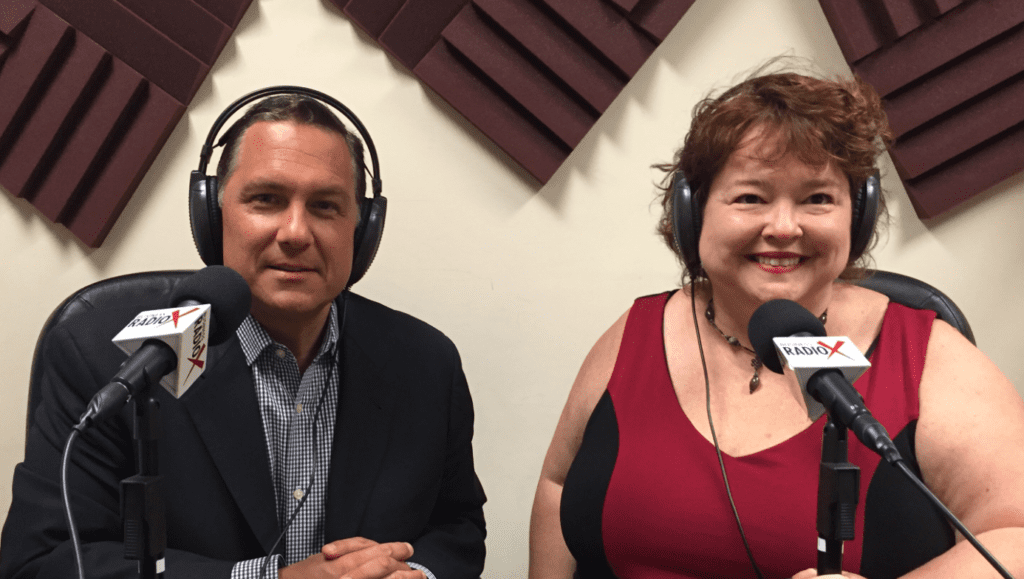 Strong leadership is something every firm needs…but is it possible to be supportive and caring and simultaneously bold and effective in that position?

Bonnie and her co-host, Ryan “Redhawk” McPherson, recently interviewed Timothy Jones, author of the new book The Caring Warrior, during their Atlanta Business Radio on Business RadioX series Atlanta’s Most Trusted Advisors. Timothy knows a thing or two about leadership on both sides of the role: he gained incredible success in the pharmaceutical industry over almost 20 years, during which time he had 18 different bosses and was head of training in leadership development.

If you’re a) interested in learning how to become a more effective leader or b) have your own book inside you and want some insight on how to make it happen, you will enjoy having a listen to the broadcast in its entirety. In the meantime, here are some main points of interest from the conversation with Timothy Jones…heretofore known as TJ.

What influenced the writing of the book The Caring Warrior?

TJ: You know, so many times when we’re in a position to either interview for a job or we’re in the hiring role, it’s all about money, opportunity, the growth of the organization and, typically, what’s going on internally. Sometimes, subconsciously, it’s, “Will this company, will this hiring manager care about my future? Will I be developed? Will my talents be appreciated and fertilized for the future?” Believe it or not, since the year 2000, the engagement scores across US workers have stayed at about 30%, which means roughly 70% are not engaged and essentially do not feel like they can trust their organization or their senior leadership.

I was successful. Financially, I was doing quite well, but I was traveling a ton, and I was feeling like I wasn’t cared about, frankly. And I decided to get on the rooftop and say something about it and write the book. I really do believe that it starts with the individual, and I would characterize the book as somewhat of a self-development book combined with leadership.

Ryan: I think we’re all leaders on some levels. Whether you’re in charge of an organization or you are a lowly private on the front lines, people are watching you. And you’ve got to have integrity in doing the right thing when no one’s looking. And you may find yourself in a leadership role, and they may look back to those moments when you were an equal. And so we’re all leaders to somebody out there. Me, I think it’s just my dog.

What does it mean to be a caring leader, and how can you cultivate it in your firm?

TJ: The longer answer comes from John Maxwell, who’s actually an Atlanta native, and he says that it’s not about titles or position. It’s one life influencing another, and I believe that. You are acting on behalf of other people. I believe that’s what leadership is about. I think the principles of leadership and human connection – empowering others and having people feel that you’re looking out for them – is a universal concept [across industries]. My idea about caring includes caring enough to hold people accountable.

Bonnie: Being told what to do is a little bit different than being told what to do by somebody that you think cares about you. I think good leaders and caring leaders inspire people to contribute more. If somebody thinks that you actually care about them as a person and what it is that they do, they’re more likely going to work harder for you and contribute more to the company because they feel like they’re part of a family. And not that we all need to be sitting around, holding hands and singing, “Kumbaya.” We’ve got businesses to run, we’ve got stuff to do, but we also have things going on in all of our lives and showing you recognize and care about that fact can make a difference. Let’s try to create an environment that allows people to flourish.

TJ: I think we’re afraid to talk about these things because it sounds weak. You know, it sounds like you can’t be successful if you think this way. I’m not afraid to say that this really matters, and we can do something about it. I think there is a misconception that if you bring that caring spirit to the table, things are going to be loose and willy-nilly. I believe that part of that is to create structures, processes within teams and within organizations that allow for communication and valuing other people’s opinions. One of the most basic things for a team to work is to create a credo or modus operandi that defines what we will do together, how we will (and will not) function and what we will (and will not) tolerate?

How do leadership styles affect different generations of employees?

TJ: I’m not that far out from the time that I was in corporate America, and I was able to hire hundreds of people, many of which came from the Millennial generation. But so many of those individuals bring a different perspective to the workplace because they were raised differently. I’m generalizing, but they desire more meaning in their work, and, frankly, they will not stay at a company or put up with harsh command and control-type leadership. They want to be involved in the conversation.

Bonnie: The current leaders aren’t handing the baton to the emerging leaders or giving them the training that they need. And a lot of the Millennials are saying, “You know what, I don’t see a path to partnership here, so I’m just going to go into a different environment and be a controller rather than somebody in a public accounting firm.” It’s really shaking up that industry in particular.

TJ: That’s right. If we aren’t conscious and intentional about bringing leaders up through the organization in a purposeful way, we’re going to be vulnerable to retention and human resource issues. You are not planning for the future, and your employees won’t see where they fit into the big picture and they will look elsewhere.

To sum it up, the best of the best already know this “secret.”

Companies that consistently make the list of the best places to work – whether they are big names or lesser-known – have something in common: they not only care about their customers and making money but also about their employees and the overall health of the industry and business itself. Investing in caring leadership training and making it the standard are beneficial for everyone, from the individual outward.

You can reach TJ at tj@timothyjjones.com or find him on LinkedIn. The Caring Warrior is slated to be published in late September 2016.