When You and Your Partner Split Up, What Happens to the URL?

Get Serious About Using SSL, or Get Penalized by Google

Should Your Firm Invest in Mobile and Video Marketing?

Cautionary Tales From the Candidates 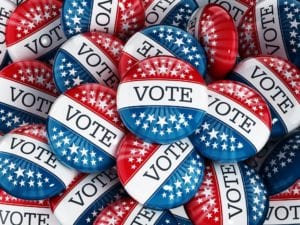 Ah, election season. So much to entertain, and so little to take seriously. Yet even amidst the hilarity and absurdity, there are useful lessons to be found. Chief among the most obvious at this point is the very simple but important advice you’ve often heard from bbr marketing (and no doubt from others): Secure the web domains (and Twitter handles) for your firm’s name and all the variations you can think of now, even if you don’t need to use them yet.

Why bother to spend the time and money to nab these web domains before you’re ready to make use of them? Because if you don’t, somebody else will. And that, as an awful lot of the 2016 presidential candidates can tell you, can be a BIG problem.

Take Carly Fiorina or Ted Cruz, for example, who neglected to secure the very basic domains for their names. You can bet they rue their failure to capture and hold these URLs years ago. Then there are JebBushforPresident.com, which is devoted to a discussion of LGBT issues, and HillaryClinton.org, which allegedly delivers malware. Type in Paul Ryan’s name and you’ll land at an online guitar store, which isn’t quite as destructive but doesn’t help the candidate make his case, either.

Sometimes the internet-savvy opposition is behind the trouble. Numerous less sophisticated web users were tricked into donating to fund campaigns against the candidates they supported by clever Republican operatives, who set up fundraising sites using the candidates’ names, pictures and campaign colors.

Other times it may simply be someone who sees an opportunity to earn some money. Numerous URLs that might interest the major candidates have been claimed by domain squatters who hope to earn a little money selling them back to the campaigns. Or, as the case may be, a lot of money: The asking price for ElectHillary.com is $295,000 and ReElectHillary.com is available at $275,000. JebBush.com is currently being offered for $250K. Prescience pays off for those who thought to nab the key sites in time!

Chances are, your firm isn’t about to declare candidacy for high political office but you face the very same vulnerabilities when it comes to web domain names and social media accounts. It’s important to register your name and all its permutations. You should also hit all the major platforms as they rise in popularity and claim your firm’s name, whether you’re interested in using the platform or not. Who knows, you might change your mind and want it later. Just as important, you’ll prevent anyone else from taking the name and gaining the ability to cause confusion in the marketplace, at best, or commit fraud or otherwise wreak havoc at worst.

Prudence dictates that you head to GoDaddy, HostGator or any other reputable domain name registrar and buy the rights to your firm’s name and the most common variants of it, including initials and other forms you might possibly want. For only a few dollars you can register as the official owner of the name, and you’ll pay an annual fee to keep each name locked down. It’s a whole heck of a lot cheaper to do it now than to deal with the expense and collateral damage caused by confusion, pranksters or malicious mischief committed in your name.