Each and every single day I receive several newsletters and email blast announcements. They come from clients, vendors and others with whom I registered for something a million years ago and they still have me in their system. For the most part, I just skim them quickly and delete them; I rarely click through any of them. And unless they are completely irrelevant to my needs, I hardly ever unsubscribe. I allow them to bombard my inbox because I never know when one of them will send me something that will solve a major problem or help make my life easier. It’s a total crapshoot, but it’s not doing me any harm by letting these companies send me newsletters. 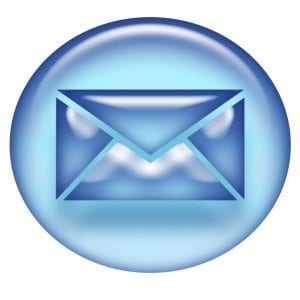 One thing I never do is hit the “Complain” button in the newsletter. Maybe I’m just lucky that I’ve never received an email that warranted it or maybe I’m just really, really nice. And yet, each time I assist a client with creating and sending out a newsletter, it never fails that someone on that email list decides to complain.

It absolutely befuddles me why people would complain about a company trying to market itself and share (what they hope is) valuable information, especially since the vast majority of the time the recipients’ own company sends out newsletters as well. Maybe the email caught them on a bad day or maybe another vendor in the same industry really irked them and now they’re out to get that industry. Or maybe, they don’t realize the repercussions of that simple click. I just don’t know what they think they are accomplishing by filing the complaint.

If their purpose is to be taken off of the email list, then a plain “Unsubscribe” would have done the trick just fine. If they’re trying to get the sending company in trouble with their email platform, that’s just juvenile. Email platforms, including MailChimp, the one we use, track these things. If there are too many complaints, the account gets suspended. Odds are these companies aren’t going to get enough complaints for suspension, since they are good, legit companies with good, legit content. The point is that the one complaint is now on their permanent record and that’s just petty and annoying.

One more thing to consider before you tattle-tale on a newsletter: when the complaint is filed, the sender gets to see who complained. So now your name and company are known for this action and that won’t necessarily serve you well in the world of business networking. People tend to remember things like that when it comes time to make recommendations and referrals. Just saying.

So before you hit “Complain” on newsletters from legit companies, remember that you probably gave them your email at some point. You wanted something from them and in exchange you gave them your contact info. It’s a very common trade. Just because you didn’t explicitly sign up for this specific email does not give you the right to be a jerk. If you don’t want to hear from them anymore, hit “Unsubscribe.” That’s why every email has that option at the bottom of it (or certainly should). But please don’t complain – it only annoys the sender and does you absolutely no favors.