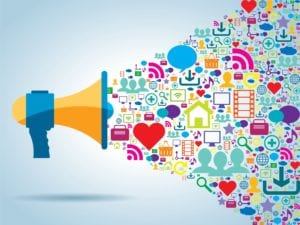 There has always been a certain amount of murkiness surrounding the protocols for disclosing paid relationships in social media marketing. Given the newness of the entire area, some confusion is to be expected on the parts of both participants and rule makers. Even the rules that did apply have been only weakly enforced by the Federal Trade Commission (FTC) up until now.

All that appears to be changing, now that social media marketing has become more or less standard practice and the FTC has had a chance to get a grip on how companies are using the various social media platforms to promote their products and services. In May, the agency released significant updates to their published Endorsement Guides. These are the rules that specify marketers’ responsibilities to disclose paid relationships and generally distinguish between advertising speech and unbiased information.

While the basic rule stating that marketers must “clearly and conspicuously” disclose any material relationships hasn’t changed, those who use social media to drive support for their brands and products can now avail themselves of a more detailed explanation of exactly what is required from advertisers and their paid representatives.

In short, almost all instances where individuals are compensated to support a brand or product require disclosure of the commercial nature of that relationship, with two notable exceptions:

When the reward for the social media behavior is so minimal that it would have no real bearing on the “weight or credibility” of the tweet, “like” or other show of support, it is not necessary to disclose that supporters are potentially reaping a (minimal) tangible reward for their support. The FTC understands that this line can be hard to pin down, and suggests “it’s always safer to disclose” to avoid mistakes.

When the influencer’s followers are already aware of the remunerative relationship, as in the case of widely known sports figures professing their love of the brands with which they have long term advertising contracts, these public figures are not required to accompany each statement of support with a reminder of the commercial relationship. (This exception should not be confused with a similar situation that does require disclosure: when a public figure uses social media to hype a product or brand in which he or she has a material interest, the message must be suitably marked as advertising speech.)

Overall, the FTC wants to see more compliance from advertisers and more visibility of the disclosures themselves across the practice of social media marketing. The increased level of detail contained in the updated guidelines should let marketers know that it’s time to take this responsibility a bit more seriously or be prepared for repercussions.

If companies are rewarding users in any way for their positive review, comment, Like or other show of support, they must reveal this in a noticeable manner so that viewers won’t mistake financially motivated brand support for unbiased opinion. For example,

• Videos must include the information that it is an advertisement or paid promotion right at the beginning, not hidden in the description details.

• A hyperlink that leads to disclosure won’t suffice either: “It does not convey the importance, nature and relevance of the information to which it leads and it is likely that many consumers will not click on it and therefore miss necessary disclosures.”

•  The FTC expects paid representatives to find room for proper disclosure even with the 140-character limit on tweets. As the agency points out, “The words ‘Sponsored’ and ‘Promotion’ use only 9 characters. ‘Paid ad’ only uses 7 characters. Starting a tweet with ‘Ad:’ or ‘#ad’ – which takes only 3 characters – would likely be effective.”

•  If your firm runs a contest or sweepstakes using social media, you are responsible for ensuring that participants identify their entries (tweets, Pins, etc.) as incentivized. The FTC says, “Making the word ‘contest’ or ‘sweepstakes’ part of the hashtag should be enough. However, the word ‘sweeps’ probably isn’t, because it is likely that many people would not understand what that means.”

Social media marketing offers limitless potential for expanding your firm’s audience and enhancing its reputation. Be as creative as you like, but be sure to respect the FTC guidelines. When your raving fans are moved to sing your firm’s praises with tweets, endorsements and glowing reviews on their favorite platforms simply because they recognize how awesome you are, you’re off the hook. If you’ve given them a little nudge to inspire this fine behavior, however, you must disclose that you have incentivized their actions.